Detection of bark beetles by drones

Detecting bark beetles before their first spring swarm using a drone, a multispectral sensor and an AI application. 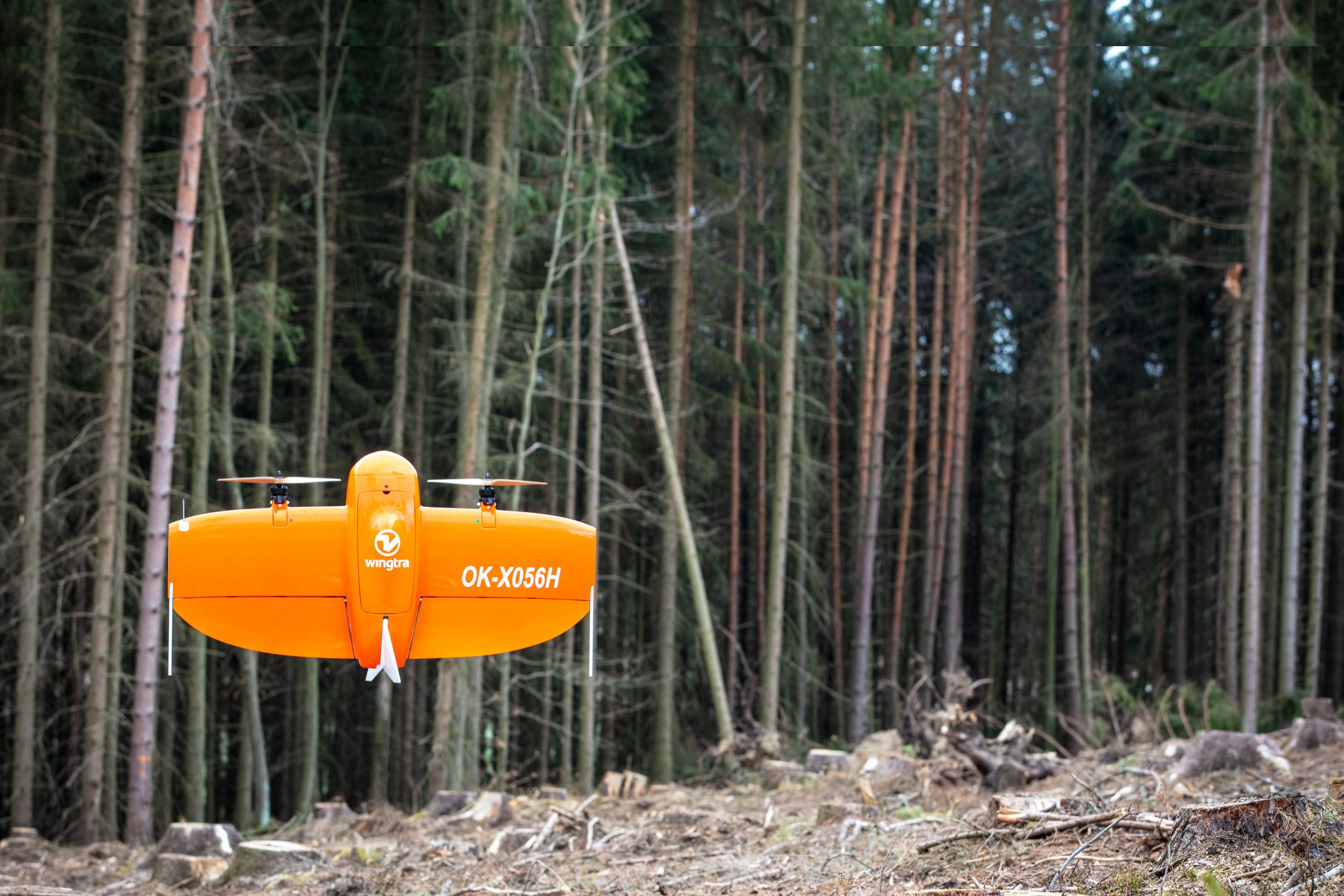 In cooperation with our sister organization SVS Plzeň (Forestry manager of the urban forests), we have been working on a project to detect bark beetle in a tree for two years. We are able to detect bark beetles thanks to images taken by a multispectral camera, these images then process in our MultispectralExplorer application by using AI. Detection of a particular affected tree is possible before the first spring swarming.

To detect bark beetles in a specific tree before its first spring swarming.

Result of the project:

MultispectralExplorer is a mobile app that primarily serves as a tool for early detection and finding bark beetles. It enables automatic detection of suspicious trees before the problem is recognizable by forestry managers’ eyes.

The app works with data from a multispectral camera that is carried by a drone. The camera takes images in five spectra (R, G, B, NIR, RedEdge) from which it can detect the amount of light/food the tree is receiving. The application then uses a comparison method to determine if the tree is out of the normal condition or not. If it does, it marks the tree as a suspicious vegetation and adds it to the list of trees needs to be checked by the forest manager.

Taking into consideration the basic principle of this method, the app is able to detect bark beetles from 14 to 28 days before the tree changes colour (starts dying) and the beetle swarms. At the same time, this method also detects other types of infestation, diseases or natural drying of trees.

The app is directly connected to our cloud and all data is available online at any time. The user can download selected projects directly to the app on the tablet. This allows the app to guide him to suspicious trees even without access to mobile data.

In addition to generating a list of suspicious vegetation, including the GPS coordinates of each tree, the app also serves as a navigation or viewer of other vegetation indices and spectra that help experts determine the overall condition of the forest.

A machine learning-based solution is currently being developed. In this case, the algorithm teaches itself to recognise suspicious areas. It is therefore not necessary to specify the rules by which these areas are defined.

Different data samples are presented to the system in turn, together with information on whether or not the area is infested. This phase is called the training phase and the system searches for parameters in which the attacked and unattacked areas differ. After the training is complete, the system is able to make its own decisions based on the learned rules.

Several factors affect the accuracy of this approach, probably the most important of which is the amount of data that is used for training. In order to speak of a sufficiently general ability to distinguish between attacked and unattacked areas, the system needs to be supplied with on the order of hundreds to thousands of samples. Ideally, the amount of attacked and unattacked samples should be approximately equal. The biggest challenge is therefore the collection of this data, as there is no publicly available database containing this data yet.

We currently have a first version of the learning system. With each additional year that we are able to collect new data, it is possible to retrain the system and improve its accuracy and robustness.

Operating system Linux will be used to process the newly captured data. Once a new area has been encountered and the acquired data uploaded to a predetermined location, the server application will automatically process the data and make the results available to the application in the form of probability maps.