With the help of a special machine, we can eliminate weeds ecologically, just with hot steam. Using the same method, we can also clean graffiti from the walls of city buildings and more. 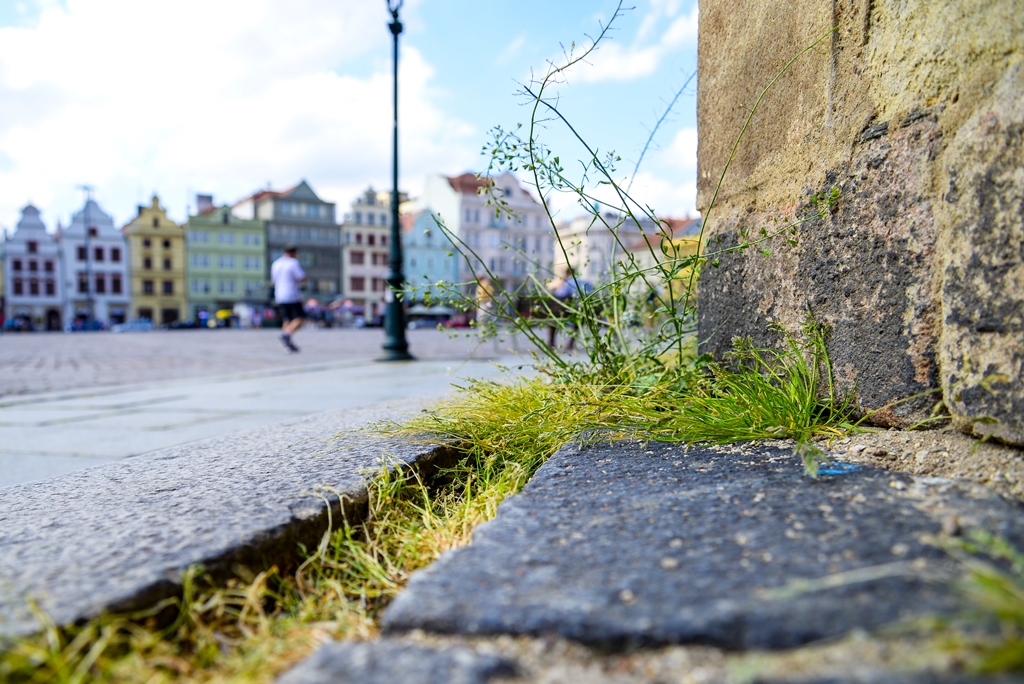 Purchase of a special machine that will eliminate weeds ecologically, only with hot steam.

Outside the growing season, the city will use the equipment to clean street furniture, graffiti from the walls of city buildings or, for example, posters from public lighting poles.

The device has been purchased and has a special bar with several nozzles mounted on the front.
Hot water of about 100 degrees Celsius sprays out of each of them. The machine uses sensors to detect where weeds are and switches on the respective nozzles.

A simpler variant is manual operation of the nozzles by the driver in the cab, who observes where the weeds are. The hot steam, as an environmentally friendly agent, enters the plant and damages its proteins, and as a result the above-ground part dies.

The hot water penetrates to the roots and, after the third to eighth application, the root is exhausted and the original mother plant dies completely.

In this respect it differs fundamentally from methods that work on the principle of hot air or infrared radiation, which burns the above-ground green part of the plant from above like a flame, but does not destroy the roots, allowing the weeds to sprout again quickly.

The machine has been used by cities in developed parts of Europe for a long time. Glyphosate based herbicides are only rarely used only in public spaces nowadays. Thanks to its wide bar, the machine
is ideal not only for large squares, which are usually treated chemically, but can also be used successfully on narrower park paths thanks to the option of switching off individual nozzles. After dismantling
the front bar, it is possible to mount a snow plough blade or sweeping brushes for road maintenance onto the vehicle.

The machine has a broad range of applications, from any type of paved surfaces, paving of all kinds, weeding roads along curbs, and gravel and sand surfaces.

It is also possible to disinfect sandpits and weed children’s playground surfaces with it.

After applying hot steam in parks and recreational areas, people can use paved surfaces immediately without needing to worry. The machine has a large water tank behind the cab, and the consumption
of water depends on the amount of the weed in the area. No detergents or chemicals are added
to the water, only a plasticizer so that limescale doesn’t build up on the components. In addition
to the front bar, it also has additional hoses with hand nozzles for precise manual application.

The hose can also be connected to a high-pressure hot water nozzle which has extraordinary efficiency – it washes park benches and rubbish bins beautifully, cleans graffiti from walls and small posters
and advertisements placed illegally on street furniture and public lighting poles.

The Public Property Authority will use the machine in the areas it takes care of, in large city parks
and in the water protection zone (e.g. the garden ring, Borský Park, the forest park Homolka, Mikulášské Square), village monument zones and recreational areas, for example around the Bolevec Lakes.